He Is Closer Than You Know
Basis: Psalm 38

She described what she was feeling…

He spoke of how he was thinking…

These were not uncommon emotions. The LORD IS NOT DISTANT and far from those who are in deep despair.

I read this in the Psalm… It spoke to me of what they felt. Of how they were in deep depression and where anxiety had taken them…

Please, LORD , don’t punish me when you are mad; don’t discipline me when you are furious. Your arrows have pierced me; your fist has come down hard on me. There’s nothing in my body that isn’t broken because of your rage; there’s no health in my bones because of my sin. My wrongdoings are stacked higher than my head; they are a weight that’s way too heavy for me. My wounds reek; they are all infected because of my stupidity. I am hunched over, completely down; I wander around all day long, sad. My insides are burning up; there’s nothing in my body that isn’t broken. I’m worn out, completely crushed; I groan because of my miserable heart. Everything I long for is laid out before you, my Lord; my sighs aren’t hidden from you. My heart pounds; my strength abandons me. Even the light of my eyes is gone. My loved ones and friends keep their distance from me in my sickness; those who were near me now stay far away. Those who want me dead lay traps; those who want me harmed utter threats, muttering lies all day long. But I’m like someone who is deaf, who can’t hear; like someone who can’t speak, whose mouth won’t open. I’ve become like a person who doesn’t hear what is being said, whose mouth has no good comeback. But I wait for you, LORD ! You will answer, my Lord, my God! Because I prayed: “Don’t let them celebrate over me or exalt themselves over me when my foot slips,” because I’m very close to falling, and my pain is always with me. Yes, I confess my wrongdoing; I’m worried about my sin. But my mortal enemies are so strong; those who hate me for no reason seem countless. Those who give, repay good with evil; they oppose me for pursuing good. Don’t leave me all alone, LORD ! Please, my God, don’t be far from me! Come quickly and help me, my Lord, my salvation! 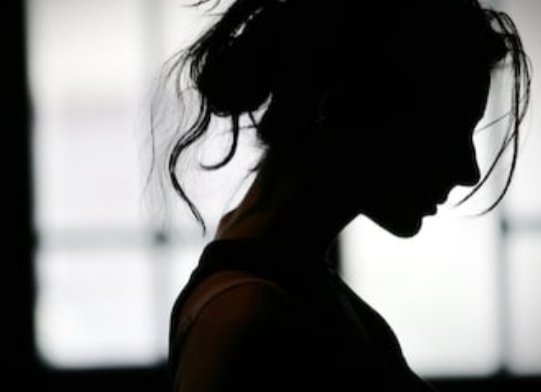 The feelings of separation and even psychosomatic pain can come to those who experience depression. They can feel distraught and forsaken. They maybe in a room surrounded by a great crowd and still feel alone.

Depression and anxiety can be caused by chemical deficits in the body. The poor production of dopamine and serotonin can produce feelings of fatigue and wanting to be withdrawn from the rest. Other deficiencies, such as low Vitamin D and low Iron can also cause similar emotions to take over.
Another illness that can cause similar problems with a person’s stability and mood is thyroidism. Problems wither the hormonal balance in the thyroid can bring about similar symptoms to those found in a person who has been diagnosed as Bi polar or who may have Clinical Depression.
It can make a bad situation worse. It can cause a person to be unable to think logically. It can bring about poor reasoning and negative results within relationships. This can cause trouble at work. Can bring about a poor self image, which can in turn cause a person not perform their work well.
Self sabotage can be a result of a sense of poor thinking.
A combination of these types of deficits can cause a person to be unbalanced emotionally and unable to engage in appropriate interactions with others.
This can be taxing on others who maycare for those suffering from depression and anxiety.

So, the psalmist seemed to have been going through some deficits and some possible lacks. When the man who later became King David was anointed to be the next king of Israel, he was just a young boy. He had no concept of what it would take to one day become king.
He suffered many things. He had experiences of being chased and persecuted by king Saul. He suffered going in to caves and had to make decisions of logic and reasoning with regard to the ethical weight of his decisions.

David suffered hunger and deficits in his nutrition. Running and going from place to place can be mind boggling. Disturbing sleep patterns. Situations where he could have lost his mind, were real and desperate.
But sometimes in ng made David differ from the rest. David was a person who had a strong faith in God. He cried out to God. We find this in countless psalms (songs) he wrote. He was a journal keeper as it were. He put his feelings down in written form.

This is actually a very good way to gauge one’s reasoning and thought patterns. David recognized he was weak and he cried out to the One who could keep him in a state of peace even I distress. The book of Psalms I’d filled with songs he wrote and how he expressed his feeling in a way tat helped him cope with the things he was living through.

In one instance in 1 Samuel 26:23-24
David had gone into the Cave of Adullam, it was found that king Saul was resting in the cave with his men, the same ones who were trying to kill David. Yet instead of killing Saul, David showed mercy.
The the degree that he cut a piece of Saul’s robe and then showed him how close he was to have been able to end his life but chose not to kill a man while he was asleep.
Talk about being a man of honor.
Many of the ways in which armies fight fairly today, are based on these writings of such men of honor like David.

But wait, this is the same Davud who when he became king, made huge mistakes. He saw a woman bathing across his balcony in her home. Talk about a peeping Tom. He saw her desired her and went for the catch. He ordered some of his people to go and bring her to him.
She was a married woman. She was the wife of one of his soldiers who was out fighting for his kingdom. Yes, David messed up. Adultery and even murder.
Wow, talk about a reason to become depressed. Perhaps he was full of himself, he had finally become king. He had power, authority and status.

It does not matter who we are, we can all mess up. It’s not about money, or social position. Poverty or royalty, we can all fall in to place where we reason poorly. We are human. We are flawed from the start.

Yet, God loves us flaws and all. He wants to restore order in our lives. He wants to give us peace of mind. He wants us to know that when we confess our sins, He is faithful and just to forgive us.
We may be the victim or we may be the perpetrator. God’s mercy is for all.
He wants to restore us to right way of thinking.
Regardless of whether we have been sinned against or whether we have been the Author of the crime, God through Jesus Christ, wants to bring us back the place of healing and stability.

My dad suffered from Clinical depression. He had a chemical imbalance in the brain that caused him to become withdrawn and seem lost. He suffered for years as he had been misdiagnosed. After he had been on Lithium for more than 25 years, while conducting my college studies. I found that the symptomology my dad had been suffering seemed to have been diagnosed in error. 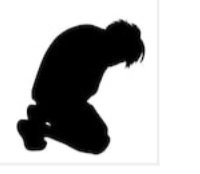 My dad did not suffer from schizophrenia, as they had originally said. My dad had all the symptoms of someone who was simply clinically depressed. There began my conversations with my mom and my analyzing of my Dad’s behaviors. Conversations with psychiatrists and changes in medications brought us back the man we all cherished.
They removed him from lithium and he was diagnosed with Clinical Depression.

This was a breakthrough for out family. He was placed in Depakote and slowly but surely, this medication balanced my dad’s chemical levels. His reasoning and his behaviors became normal. He was even elected as part of the deacon board of his church. He was able to counsel people again. Help others, preach the word of God. His stability was a huge blessing for all of us.
He had never been a violent man. In his worst state, he had only thought of going to heaven and wanting to have us all with him. He had never had suicidal ideation, nor had never been a man of anger. My mom cared for him through the years and always said, your father is such a man of God. She did not allow him to be sedated nor placed in any facility. She cared for him. A loving wife, no matter what came. My mom was adamant about not allowing my dad to spiral down in to a deeper depression. She prayed with him. She supported him. She would sit and pray as if it was him praying and asking God to restore him. She was Jesus’ active hands and feet in Dad’s life. So, she was able to reap for her labor of love with dad. She had the joy of seeing him once again become the man she had loved in her youth. Yes, God restored her man back to her.

Yesterday, I had the privilege of receiving advice from my dad. His advice was sound. His words were clear and biblically accurate. He spoke of God’s mercy and of forgiveness. He spoke of how Fod can restore every part of our lives. He spoke of wisdom and being a servant of God and allowing God to mold us the way he wants to.

I tell you, I am a believer in what God can do. He still takes his Depakote. Mom still takes good care of him. But now he is her support system. Together they counsel people, they bless others and they are a proof of HowClose God Really Is To The Brokenhearted.

I know life can be hard. We can all face some horrible things in this journey, but in the midst of your struggles I pray you ask the Lord to help you. Ask him to restore you and your loved ones.

Eat well, have a healthy lifestyle. Be sure to speak and get help when necessary. If you have a mental health deficit, know that God is still able to help you through it.
Medications and therapists are a blessing. Become informed and learned. Ask questions and be your own advocate.
Above all, ask Jesus Christ to be your helper. Ask God to lead you to the right place to get help. Find a good Binle be living church.
As a chaplain I can tell you, we must take care of the whole person. The physical, the social, the emotional and the spiritual parts of the self.

May the Lord bless you. I pray in the midst of your despair you cry out to Jesus. He is closer than you know.