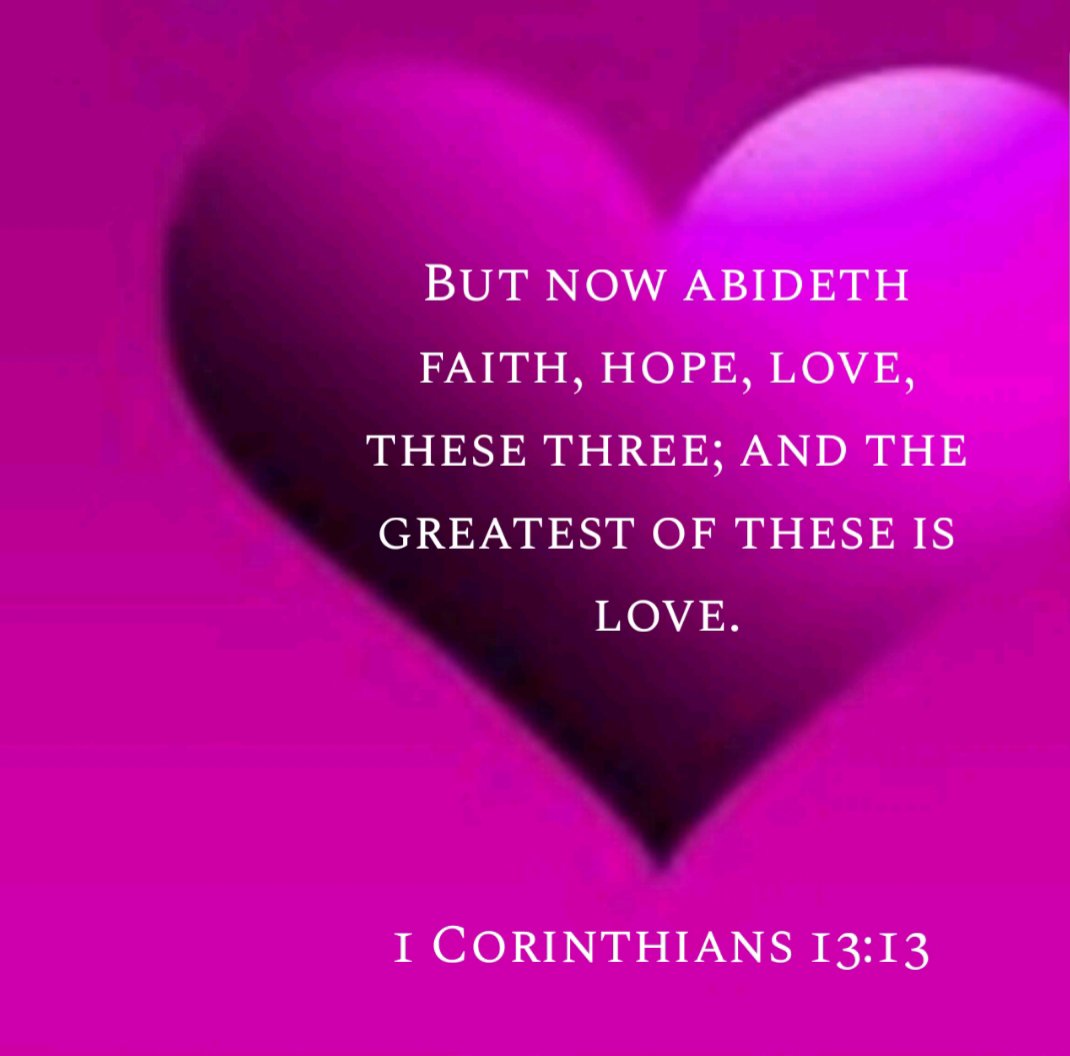 For God so loved the world that He gave his only begotten Son that whosoever believes in him will not perish but have everlasting life. John 3:16

The Necessity for Love What Matters

One of man kinds greatest needs is the need for belonging. The necessity for attachment has been studied by every field. From sociology to psychology, from the physical and the spiritual; from the economic field to the religious fields, the spiritual and the anthropological fields the results and statistics have rendered much evidence of the desperate need human beings have to be part of a whole.

The greatest crimes have come from individuals who lacked attachment. The greatest loss for humanity is the loss of a parent or a close care giver.

In a study conducted by Princeton University in March 27, 2014 by Rose Huber of Woodrow Wilson of Public and International Affairs,

of the 14,000 studied 1 in 4 had no “secure attachement.” That is 40 percent of children in the study within the United States lacked a strong parental bond.

When one looks at the way in which the relationships of parents and children has changed so much in the last 20 to 40 years the differences are staggering. Children who do not form a strong connection and lack the attachment of their mother within their first 3 years develop aggressive behaviors and hyperactivity. These are the more difficult children who cannot focus in school or seem always in search of belonging. They lack the ability to deal appropriately with their emotions and their feelings appear to dominate behavior.

The 60 percent of children from the study, that did receive the secure bonding and attachment were able to perform and develop in a positive manner. These had higher cognitive function, they were found to have more academic success and emotional stability.

When a person lacks the sense of being loved their outcomes demonstrate their inability to build relationships that last. They become unable to have have a sense of self that creates a healthy mindset. They lack self esteem and lack knowledge to navigate through the common life experiences that everyone must go through. Failure and triumph, reaching and falling behind. These are all a part of the human experience. Loss and gain, beginning and the culmination of things are all part of life.

Yet for those lacking solid relationships and bonding one can see the statistics alone that show how they are more prone to violent acts, more prone to develop depression and an amoral mindset. These cannot find a sense of accomplishment. They cannot find where they fit in. They tend to be the loners, the low achievers.

In the cases where they have a high IQ, we find history tells of their awful crimes to humanity, Hitler for instance, was beaten by his parents who died early in his teens. The disconnect and disfunction of the early years demostrate his lack of emotional connection. This resulted in what history shows us today. Joseph Stain was a child of serfs who were leveraged but their lives were still colored by their lacks. His father beat Stalin as as boy often every time he was drunk. He witnessed the abuse of his mother and we can all look in the historical data to find the crimes he committed against humanity.

Attachment, belonging, the need for connection is a powerful drive in every human being.

The identity of a person is established within the first 6 years of life. As a child develops in a home where they are loved, nurtured, tended to, and taught by a daily interaction of affection the results will be in favor of producing a person that becomes a productive part of society.

To the contrary those children brought up in homes where they were neglected, abused, or looked over, oftentimes result in persons who have difficulty and cannot display emotional stability. The results for many brought up this way are mental illness, social detachment, anti social bahaviors, anxiety, explosive disorders and such.

The love of God is so powerful that it can mend the broken hearted. It can bring Restoration to the life of a child who has been detached and abandoned by parents. The love of God can bring internal healing and a sense of belonging, which is needed by every human being. The sense of belonging can help restore the way in which a person thinks of oneself. Love makes one experience a sense of satisfaction. It can cause there to be chemical exchanges that have healing properties within the human body. Hormonal, as well as endorphins that can give a person a sense of wellbeing and a normalcy in mental health.

The coming together in an ecclesiastical union with other believers can produce physiological responses that can cause a person to experience hope, peace, connectedness and a sense of wholeness in this social interaction.

The scientific community has finally been accepting this important component necessary in the whole wellbeing of a person. Not only are psychological, social and material needs considered but spiritual care as part of the necessary therapeutic interventions are considered that must be addressed when tending to a patient’s needs.

Hospitals have pastoral care units, recognizing that the spirit of man must be treated as well as the physical, social and psychological aspects of human beings.

Love and connectedness, physical and spiritual faith expressions of the person must be addressed in order to treat people in a holistic manner.

The Bible says that perfect love casts out all fear. 1 John 4:18.

Anxiety and depression can be treated with a combination of medical and spiritual interventions.

A good therapist is not enough, medication alone without psychotherapy is not enough and spiritual care alone cannot meet the chemical imbalances within the body that may cause depression. However, a collaborative effort with medical, medicinal and spiritual and therapeutic interventions combined can bring about a more positive outcome.

As a result of the fall of man, all decadence, morbidity and damaging of the human frame became our inherited outcome. Thus these must be treated from a holistic approach.

Similarly, nature verses nurture has had its toll on the development of those who have been abandoned, or who have lost their natural bonds to parents.

In Christ, a person can receive the social aspects necessary to feel that sense of belonging. A faith community gives one a sense of wholeness. It can also bring about a continuity in relationships that is positive and lasting. Cohorts form as a result of this faith or religious exchange.

A person who has come to Christ can then become part of the faith community. They will be treated as one who is part of the Family of God. The interactions bring about a future of a continual participation in social connectedness. This changes the physical and social aspects of a person.

The continued adherence to the group forms new chemical and psychological benefits that can help a person lose some of the feelings of rejection, abandonment, fear and anxiety that come from isolation. 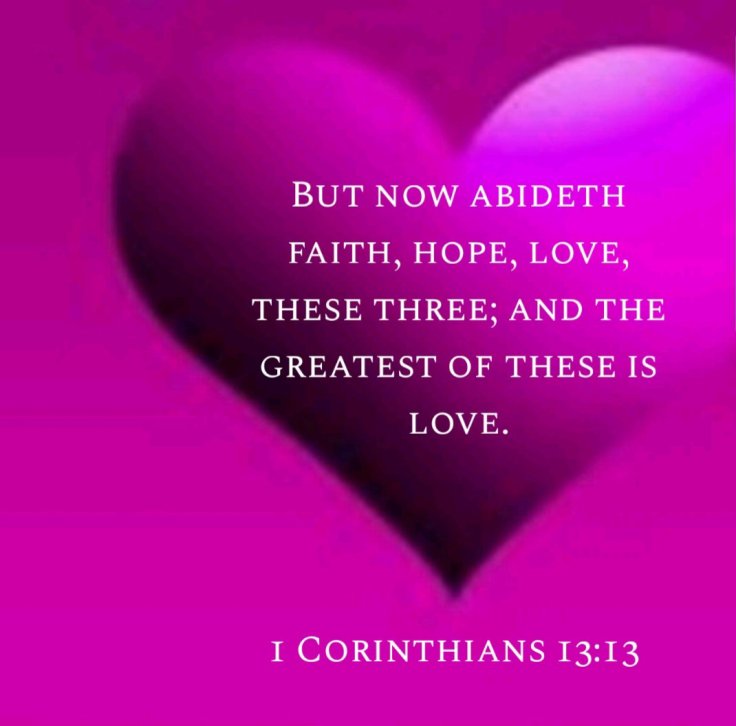 Children who are adopted in Christian families appear to become those that thrive and are fostered into a more healthy view of life. They may not have had a good beginning, yet their future is made more productive and positive as a result of becoming part of a family of faith.

Adults that come in to faith experience healing and lasting hope. They too can be restored.

It is not the dysfunction that ruins it is the disconnection. This can be reversed in many ways by the interactions and experiences fostered by other positive influences in the chikd’s life.

My mother had an absent father. Tha man left home when she was very young. She developed no relationship with him. She lacked the love of a father in her life. But not too long after her father left, her mother became a Christian. My mother tells of how her father figure became the Lord. She began to read the bible and learned how her Haeavenly Father cared so much for her that he sent his only son to reconcile her and all people to himself. This began to create in her an understanding that God was her source. That she was loved beyond measure.

Instead of feeling neglected and abandoned, she felt loved and car es d for by God. Though she grew up in a very poor home where food was scarce, and yet material things were not the focus. Her mother began to teach her children that their lives mattered to God. They were lived by him. This caused my mother to grow up with a healthy mindset in spite of all the lacks. Her sense of community came from a group of believers that shared the love of God with her and her family. Her stability came from this faith intervention.

In the same way, many can become affected positively by their conversion and participation in a faith community. Jesus came to give life more abundantly. Though tragic life events can hinder our development and self image. Christ Jesus brings us hope, joy and peace. He restores the equilibrium in the psyche. He alone can bring about lasting change. 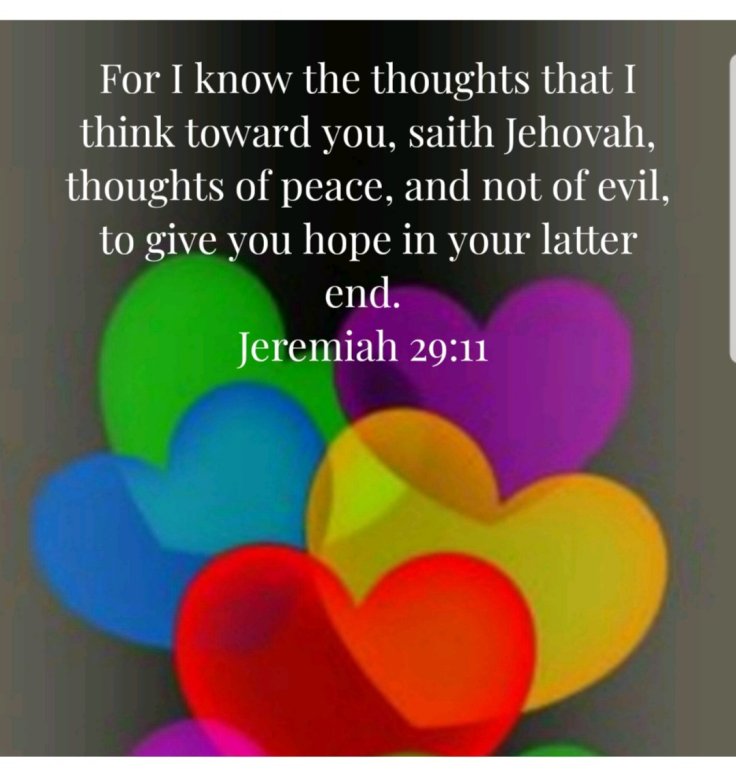 Detachment is not a precursor to self destruction or maladjustment when Jesus becomes the focal point, the center of a person’s life.

Wherefore if any man (person) is in Christ, he/she is a new creature: the old things are passed away; behold, they are become new. But all things are of God, who reconciled us to himself through Christ, and gave unto us the ministry of reconciliation; 2 Corinthians 5:17‭-‬18.